The Newcomer's Welcome: What brings you to Village?

Hello, I’m Erica and I decided I needed to find a community of others dealing with an addicted loved one. I’ve been on this Journey for a very long time. Started with a parent, then spouse and then a child. It’s been awhile since I’ve been engaged with any recovery group and it’s time I begin again. I look forward to learning and being of help to others as well.

Thanks for being here @portlandia - many of us have been through these kinds of ups and downs so please know you’re among friends. We also have a weekly topic meetup specifically around boundaries in the upcoming weeks so you’ll want to join for that! To get a taste we’d love to have you join us tonight too

I like many others was the epitome of naive to the strength of grasp heroin addiction can truly hold onto someone struggling with addiction with. I had no concept. Never had a reason to be educated about heroin, heroin addiction, etc.

Then my boyfriend of 3 yrs (1.5 yrs at the time I discovered his secret life of using) came clean to me after a long time of my not understanding what was causing our relationship to be SO DARN FREAKING HARD. Why could we no longer get on the same page with one another? We used to with such ease and effortlessness.

I was gullible and thought since he told me that he’d swoop right into recovery. And he did. Heroin Anonymous, sponser, all the things… for about a month. Then the behavior snuck back in. Little by little.

I finally told his mom of his drug addiction. But he’s now using her as a tool against me. Pulling the strings and telling his own narrative. An untrue narrative.

I stay hyperfocused on him, his behaviors, his mannerisms, his whereabouts, etc. I’ve lost myself and my own sense of agency within all of this. At no fault to anyone but myself. I get that. But I don’t know how to disconnect from the cognitive dissonance I experience trying to “disassociate the person from the addiction”. It’s so hard for me.

I’ve tried compassion, grace, kindness, empathy, threatening, ultimatums, shaming, guilting, blaming, begging, pleading, rage, etc. And NOTHING gets through to him. No matter what he’s saying to my face, there’s a calculated reason for it that benefits his agenda.

I don’t know what else to do. How else to handle this. I don’t want to up and leave. If the shoe was on the other foot, I’d hope someone would stick with me through such a relentless battle. But, at what point does loving him become too heavy? At what point do I run out of love and energy? Is there a threshold I’ll come to? When will that be? Why can’t I seem to get support from his friends and family? Like this isn’t a big deal? Like he couldn’t potentially lose his life. Like that’s not actually very likely to happen?

I’m discouraged, disappointed in him and myself for being such a pushover and falling for his lies even when my heart is screaming to me to not believe him. I’m exhausted. I’m scared for him but also in a selfish way I’m scared this is my life now. Because I am too chicken to leave for fear for him and also due to my own codependency to him and my fear of being alone. 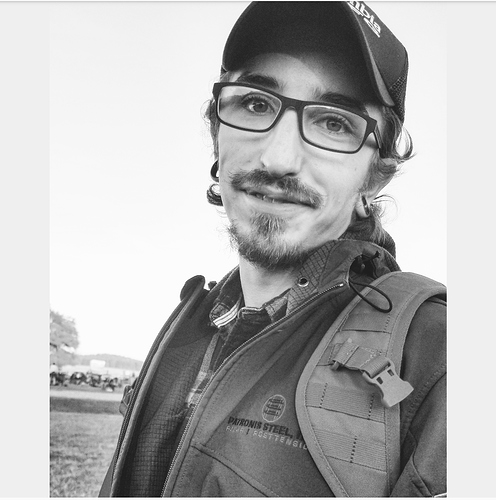 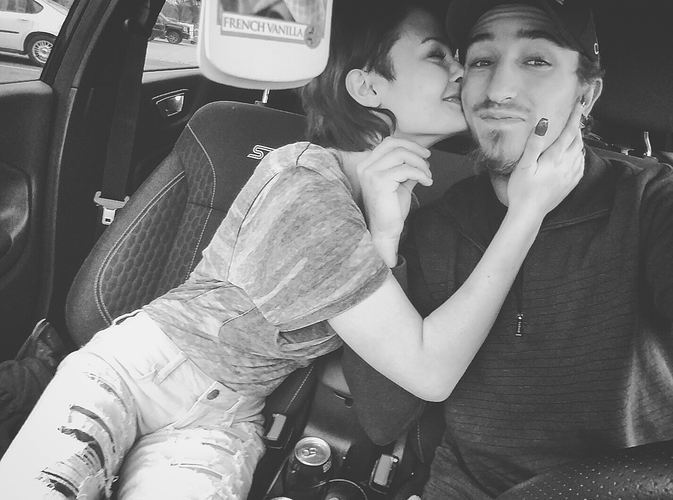 @ltd31015 thank you for joining us here and sharing - you are among peers here and I’m sure many of us can relate to what you’re going through. I look forward to getting to know you more through this community site and our weekly meetups

I feel like I could have written this. Not believing your own intuition, losing yourself, how exhausting it is monitoring behaviours, wondering if questioning a suspicion is worth the resulting argument or the feeling of knowing you’ve been lied to, wondering where you should draw the line with the relationship, being disappointed in yourself, the codependency, the ever-looming threat to your own future as well as his.

I’m so, so sorry you’re feeling this way. Your post shows you to be strong, altruistic, loyal, caring, and so kind. Please don’t forget these qualities in yourself.

Tonight we tackle:
Boundaries - Learning where to protect ourselves is important to surviving the long addiction recovery journey and to providing any support to our loved ones. You’ll gain a positive outline for how to set boundaries that work for you and your loved one from this meetup.

Hi all! Thank you @Jane for the welcome! I found you all via Instagram… following your posts etc… my brother passed away from in February from an accidental opiate overdose which we later found was mostly fentanyl. I founded a NPO to try and connect families and the bereaved to resources that can help them in their journey of supporting a loved who is in active addiction, recovery, or sadly has lost their battle. Thank you for your welcome and allowing me to be part of this community

Thanks for being here and sharing @KristinaRepp

again - so sorry to hear about your brother, sending all of the love.

@KristinaRepp It’s wonderful to have you here and to meet you via the internet. My heart goes out to you and your story. I hope you are able to find that everyone is here for you on We the Village. Please reach out to me if you ever need a listening friend!! I might not be able to directly related to your situation but I am more than willing to listen. Always!

Sending out a Warm #WednesdayWelcome to our 7 new members this week:
If you haven’t yet, please take 5 minutes to: @emilyacacia23 @Dela0819 @Bernadine_Farrelly @Jessica @Liza_Casanova_Donnay @Rossann93 @Classic_Cliche

Tonight we tackle:
The Science of Addiction Recovery - And how that informs how we trust and handle deceit in relationship with someone going through it. You’ll gain a new perspective and way of relating from this meetup.

Addiction 101 is not a course in school. That’s why we teach it. Because knowing the science behind addiction and recovery changes the way we relate to a loved one going through it.

Grateful for you @ltd31015 and your very very kind support

Sending out a Warm #WednesdayWelcome to our 4 new members this week:
If you haven’t yet, please take 5 minutes to: @Nicol30 @Aphrodite @sky @Who

When it comes to recovering from addiction, it takes time, but also the right kind of support. One way we, as family and friends, can help is by talking about treatment options with our loved one. To best enter these conversation we can be aware of options that span the recovery lifecycle and practice positive communication.

Join us tonight to learn the CRAFT approach to treatment options.

Tonight we tackle:
Relapse Worries & What to do with them.

Tonight’s digital meetup is on a topic so useful to all of us who are worried when things are going better about backslides and slips and what to do if they occur and what to do with the worry of them occuring…even if they don’t!
Join us tonight to learn how recovery works and what to do when it’s not working.

Learn how to take your knowledge of their harmful habits and create a Roadmap to Behavior Change - simply RSVP HERE .

You’ll learn how your relationship with this person and knowledge of their habits can help set the foundation for healthy change.

If you’re feeling inspired and ready to jump into our 9-topic series, now’s the perfect time to as we’re just getting started from the beginning again RSVP: HERE to access the 20% discount on the 9-pack
Talk tonight!
Jane

Hi Everyone. My fiance is currently in treatment for his lifelong addiction to alcohol. This is his first inpatient treatment in one 3 years. He and I are both in our 50s. His siblings think he should go to a sober living facility for a year after he finishes rehab. This has not been suggested by his treatment team as of yet, but they want to force him to do it. I just dont know if that’s healthy and I could use some feedback

Tonight we tackle:
How to have conversations that work!

Learn how to use communication to stay connected and open opportunities for healthy change RSVP HERE .

If you’re ready to learn the whole 9-topic series, now’s the perfect time to as we’re just getting started from the beginning again RSVP: HERE to access the December 20% discount on the 9-pack
Talk tonight!
Jane

In my experience with my boyfriend, trying to force him with emotional or financial leverage (“You aren’t having your bank cards back until you’re sober!”) and threats just made him more resistant to engaging with any treatment. I believe people can only do when they truly want it and are ready - all we can do is support them on their journey.

Hey there everyone …yes am a newbie so as I guess you all know it’s very difficult to find a starting point. I’m pretty sure I know my answer but am feeling like there is no end to this 10 year cyclical journey I am on and am jumping off. Have had enough. I guess I am looking to see if anyone else had held on and appeared out the other side of addiction and it has been a success story. X

So glad you’ve joined us @EmmaDiamond I can say I know a few members here who’ve been on this rollercoaster for around 10 years and have made major strides for with their loved one’s through learning evidence-based skills with us! I hope you’ll stay and share in this community and if you want to learn some skills that are proven to help I hope you’ll consider joining our meetup Wednesday night: HERE

Tonight we tackle:
How to Help Someone Make Sobriety a Habit

Learn how to use Positive Reinforcement to make sobriety a habit for your loved one. RSVP HERE .

Learn one of the core behavioral change skills that will help you and those supporting your loved one, shape their behavior to see more positive habits forming.

Also, we’ll demystify the concept of enabling so you’re clear on what kinds of actions are helping your loved one.

If you’re ready to learn the whole 9-topic series, now’s the perfect time to as we’re just getting started from the beginning again RSVP: HERE to access the December 20% discount on the 9-pack
Talk tonight!
Jane